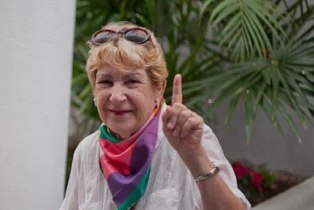 Our planet: The Earth

1. What is the circumference of the Earth?

(Circumference is the distance around the outside of the Earth, as if you were measuring a belt for the Earth to wear….It is the Equator of the Earth. The «equator» is an imaginary line that circles the middle of the Earth, from East to West.)

The Earth is not a perfect sphere. (Remember, a sphere is a solid, 3-dimensional circle. A circle is flat, but a sphere is not flat; it is three-dimensional.)

The Earth has an oval shape, a sphere slightly flattened at the North and South Poles, and slightly bulging at the equator.

(Did you notice that the Earth is slightly fatter at the middle than from top to bottom??? )

(TEACHER: Draw a picture showing a line where the circumference is.)

2. Who invented the telescope?

Hans Lippershey (1570 – 1619) a German-Dutch lens grinder and eyeglass maker is credited with the invention of the telescope in 1608 because he was the first scientist to apply for a patent.

3. Who is the «Hubble» for whom the space telescope named?

Edwin Powell Hubble (1889 – 1953) was an American (USA) astronomer known for his studies of the galaxies.

4. How probable is it that intelligent life exists on other planets?

5. Is anyone looking for extraterrestrial life?

EXTRATERRESTRIAL refers to life on other planets.

Although at first ridiculed, the scientists of SETI now are seeing much support of people who want to investigate the probability of intelligent life on other planets.

Currently, there are millions of radio channels and a lot of sky to be examined. The search for extraterrestrial intelligence will probably continue for some time.

If you like the idea of extra-terrestrial life, read the book, CONTACT, written by Carl Sagan. It was made into a Hollywood movie, too, starring Jodie Foster. An interesting research project is to study the life of Carl Sagan, a science fiction writer of books and television series, such as The Twilight Zone.

THE END OF INFORMATION ABOUT THE COSMOS…BUT YOU CAN KEEP INVESTIGATING to find more SCIENCE information.