Peter and the Wolf – Teacher Guide

By Elaine Gallagher            DO YOURSELF AND YOUR STUDENTS A FAVOR: INTRODUCE THEM TO CLASSICAL MUSIC          Maybe you’re thinking ahead to a program for Mother’s Day […] 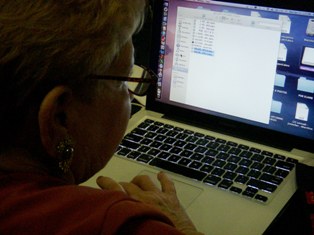 DO YOURSELF AND YOUR STUDENTS A FAVOR: INTRODUCE THEM TO CLASSICAL MUSIC

Maybe you’re thinking ahead to a program for Mother’s Day or Father’s Day…or to a special event at the end of the school year. You may be wondering, «What can I plan for my students to do that’s special?»  Here’s an idea for you, a project of «Peter and the Wolf».

I remember when I was about ten years old (1952), or maybe younger, when I first saw/heard Walt Disney’s version of «Peter and the Wolf». I was fascinated by the music and by the plot. I cried when I thought the wolf ate the duck. (In the Disney version, the duck survives. In the original composition, the duck is actually eaten.) The music stayed in my mind, and the next Saturday, I had to go to the movies to see Peter and the Wolf again.

We didn’t get a television until I was twelve years old, and even then, TV had little to offer for me….just  silly comedies, sports, news, babyish children’s shows, like «Howdy Doody».

It wasn’t ‘til I was a teenager, that TV programs began to interest me, such as Disney’s «Spin and Marty», «The Twilight Zone», and «Alfred Hitchcock Presents….»

Despite the invention and expansion of television in middle-class homes, my perennial Saturday ritual, until I went off to university at age 17,  was a trip to the public library all morning, and a double-feature at the cinema for 10 cents, watching movies all afternoon.

«Peter and the Wolf», a Disney cartoon version of Sergei Prokofiev’s composition, was one of the first musicals I remember seeing. It paved the way and set the ground for my love of classical music and Broadway musicals.

Do your students a favor. In this age of rap, rock, and pop, let them become familiar with classical music. Granted, Disney’s version was more «child friendly» than the original version, where the goose actually does get eaten by the wolf. Disney’s animals have names. In Prokofiev’s version, the animals are only known by their sounds of musical instruments.

In this first installment, you’ll get the TEACHER GUIDE, an introduction to Peter and the Wolf.

In the second installment, you’ll get the LESSON PLAN,  with various projects to complete. You’ll be offered material to prepare with the students for a better understanding of the composition.

Finally, you can use the student work to present an exhibition for the parents. There are many versions of the composition, enhanced by a narrator. You can get into this project as deeply as you want. The goal is promoting music and dance with your students.

This project is suitable for 5th grade through 9th grade.

MUSIC & DANCE AS A LANGUAGE:

TELLING A STORY WITHOUT WORDS

«Peter and the Wolf»

Composed in Russia in 1936 by Sergei Prokofiev

Your lesson / program introduces students to the plot and characters of «Peter and the Wolf,» and to the central themes of obedience and courage. Students can act out or demonstrate how character, plot and themes are expressed in dance. It will be extremely helpful if you can have your students listen to a CD of the narration and music of «Peter and the Wolf».

Even better, if you can rent a movie of the work, so the students can see and listen to the composition. Guide your students to move to the music.

The Story of «Peter and the Wolf»

Peter, a young boy, sits in the meadow outside his grandfather’s house. It is the last day of his visit with his grandfather, and Peter is thinking how much he will miss all his animal friends that live near by. He will especially miss the little bird and the duck. He spots his two friends, but they are having an argument, as friends sometimes do. The duck says he is the better fowl, because he can swim. The little bird says that he is better, because he can fly.

While they are arguing, who should appear but the cat. The cat quietly sneaks up on the bird. Suddenly the cat springs from the tall grass, aiming right for the bird. “Watch out!” cries Peter. The bird barely escapes by flying up into a tree.

Soon, Peter’s grandfather comes out to the meadow. He warns Peter about wolves that might be around. “Stay inside the garden gate, and don’t play in the meadow!” grandfather tells Peter.

Peter goes with his grandfather into the safety of the garden. Grandfather locks the gate, and goes back into the house. Peter soon gets bored. He misses his friends who are still playing in the meadow. “I’m not afraid of the big bad wolf!” says Peter. He hops over the gate, and joins the cat, bird and duck in the meadow.

The friends are together for only a few minutes when who should appear? It is the wolf with his sharp teeth and burning, red eyes. The cat and the bird manage to escape the wolf, but the poor duck is not so lucky. With one big gulp, the duck is gone!

Peter realizes that he must act to save his other friends. But what can he do? Peter then gets an idea. He grabs a rope, and tells the bird to distract the wolf by flying over his head.

Peter climbs the tree with his rope and makes a lasso. While the wolf is watching the bird, Peter swings the rope around the wolf’s tail, and gives the rope a big tug. Up goes the wolf so that he is hanging by his tail from the tree. Peter did it! He captured the wolf.

Shortly after, some hunters come looking for the wolf. “Don’t shoot,” yells Peter, “I’ve already captured the wolf!” They soon agree that the zoo would be the best place for the wolf. They have a wonderful little parade as they triumphantly march the wolf away.

The Themes of Peter and the Wolf

Review the story of Peter and the Wolf with your class. Explain to the class that in «Peter and the Wolf«, Peter decides to disobey his grandfather. He doesn’t like the boring safety of the garden, but chooses instead to have fun with his friends in the dangerous meadow.

Form into small groups and have each group choose one of the following questions to discuss. When you are done, share your group’s discussion with the whole class.

1. Do you think Peter really understood how dangerous it was to play in the meadow? Was grandfather’s rule to play only in the garden a good one? Are there times when we have to obey rules even if we don’t understand why they are there?

2. If you were Peter’s grandfather, how would you have felt about Peter’s actions? Would you feel proud of Peter because he captured the wolf, or would you be angry because he disobeyed you? Is it possible to feel two different ways about the same thing?

3. In the story, Peter becomes the hero by saving the animals. What are some other things that could have happened to Peter instead?

5. Can you think of another way Peter could have captured the wolf?

6. (For older students) When, if ever, is it better to disobey the rules instead of following them?

Peter and the Wolf, Music and Dance

Dancers use their bodies to convey plot, character and emotion. While plot usually requires more complex movements, characters and emotions can often be expressed in a simple gesture. Using just a few simple movements, have your students express the following characterizations and emotions found in «Peter and the Wolf«:

The Art of Story Telling

In order for an audience to be interested in a story, it is important that the characters in the story seem real and likeable.

Discuss with the class the character of Peter. In the story, what makes Peter seem like a real boy? Is he a perfectly good little boy? Do you know someone like Peter?

It is important for stories to keep the audience guessing. If we always know what is going to happen, we lose interest.

NOTE: In the Walt Disney cartoon, child-friendly version of Peter and the Wolf, the duck does not die. She escapes the wolf. Also, in Disney’s cartoon version, the animals are given names, such as «Sasha» and «Ivan», which did not occur in the original story. In Prokofiev’s work, the musical instruments represented each character, so names were not used.

Sergei Prokofiev is the composer of the music to Peter and the Wolf. He wrote it in four days in 1936 in Russia, when asked to produce a children’s musical work which would help young children develop a love for music. He also composed a work called the Classical Symphony.

Younger students may enjoy making up a story to the Classical Symphony, or drawing a picture of what they feel the music could be about.

In Peter and the Wolf, Prokofiev uses instruments to represent animals:

What are some similarities between the two pieces? Some students may notice that the seventh movement of Carnival of the Animals has a melody similar to the music in the Disney movie, «Beauty and the Beast» (the “Aquarium” scene).

Another work that familiarizes students with the instruments of the orchestra is Benjamin Britten’s «A Young Person’s Guide to the Orchestra».

Have students draw a picture of one of the dancers/characters in Peter and the Wolf. How do the artistic elements of color, form, and the position of the dancer contribute to the feel of the character they are drawing?

This lesson based on «PETER and the WOLF» could provide enough work for several weeks, especially if you use all the suggestions, the music, the dancing, and art-work recommended. Critical thinking questions are an important element of this lesson.

NEXT INSTALLMENT:
The LESSON PLAN.