by Elaine Gallagher            Hello, Readers, In a recent issue of UNONEWS, English Corner, we wrote about the major differences between […] 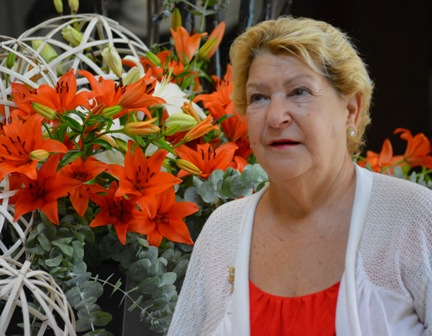 In a recent issue of UNONEWS, English Corner, we wrote about the major differences between inferences and conclusions. Today, we’ll elaborate on the topic, specifically for middle school and high school teachers who may want to delve deeper into the topic with their students, or for teachers, of any grade levels, who may want to expand their own knowledge and understanding of making inferences and drawing conclusions.

Inferences and conclusions give you a powerful tool for understanding things you read, as well as helping you to understand people and the decisions they make.

You can employ inferences and conclusions together to increase the accuracy of your conclusions, and to learn how to better understand the people around you.

Conclusions rely on the facts of a situation, allowing you to make a determination that’s not implicitly stated or implied by the information.

Essentially, a conclusion is the next logical step you make, based on all the information you’ve read or observed.

First, it must be a logically-derived statement, taken from the available information.

Second, it must not be stated or inferred from the available information.

For instance, if you know that Sara’s current pair of shoes look discolored and damaged, that she has enough money to buy new shoes, and that she is in the shoe aisle of a store, you can conclude that she will buy a new pair of shoes. Buying the shoes is the next logical step, but there is no inference that suggests she has made the decision to purchase new shoes.

Inferences also rely on facts in a situation, but instead of drawing a conclusion, inferences use facts to determine other facts. You make inferences by examining the facts of a given situation and determining what those facts suggest about the situation.

As an example, you may look at Sara’s shoes and infer that the damage looks like she had walked in some wáter or deep puddles. You could also infer that by standing in a store aisle for shoes, and having money, she is considering buying new shoes. These are both facts, drawn from the available information, but make no prediction on any future action.

You can use inferences to generate additional information, upon which you can then draw a conclusion.

For instance, from your inference about the water damage to Sara’s current shoes, you may come to the conclusion that she will want to purchase shoes that are more resilient against water damage. By using inferences to gain more information, you can draw conclusions that are more accurate and more specific. Instead of simply purchasing new shoes, you now can predict which kind of shoes Sara will purchase.

You can also use conclusions to generate additional information about the situation, gathering more inferences.

As an example, you see Sara purchase another pair of the exact same kind of shoes she originally owned, so you infer that she may not have been very concerned about the water damage.

You can use this technique to review situations and learn how to make better inferences and conclusions in the future, or to gain more insight into people, such as Sara’s lack of concern for the water damage to her shoes.

I hope, readers, that this second, more advanced, view of the use of inferences and conclusions, opened more widely your perception of the topic.

Inferences and conclusions are similar. Please, don’t ask your students to define them.   (Even teachers have difficulty defining them!)