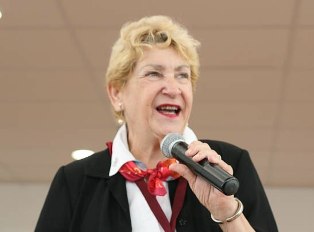 Hi, English Teachers!  February will be here soon, Many of you probably know that in the U.S.A February is known as «Presidents’ Month» because two important presidents were born in February, President George Washington, the first president, and Abraham Lincoln, who was responsible for ending slavery in the USA.

Abraham Lincoln was president of the USA at the same time that Benito Juarez was president of Mexico. It will make a very interesting research project for your students to find out what was the relationship between President Juarez and President Lincoln.

Why is the bridge crossing the Rio Bravo (called the «Rio Grande» in USA) between Laredo, Texas and Nuevo Laredo, Tamaulipas named the «Lincoln-Juarez Bridge»?

Why are there so many schools in Mexico named «Juarez-Lincoln»?

These are research questions to help develop critical thinking skills among your students. Instead of requiring your students to simply memorize facts, such as birthdates or cities of origin, encourage your students to find relationships between famous people who lived at the same time.

For some basic information, here is some information about President Abraham Lincoln and President George Washington of the U.S. A. Both men were born in February.

Abraham Lincoln was born on February 12, 1809, in Hodgenville, Hardin County, Kentucky. He was the 16th President of the United States of America, serving from 1861 to 1865. He is best known for having been a self-educated, honest man, “Honest Abe”, and for freeing the slaves, with the “Emancipation Proclamation”. He served as President during the Civil War between the northern states and the southern states. “His ambition was a little engine that knew no rest.»

The spirit that guided him was clearly that of his Second Inaugural Address, now inscribed on the wall of the Lincoln Memorial in Washington, D.C.: “With malice toward none; with charity for all; with firmness in the right, as God gives us to see the right, let us strive on to finish the work we are in; to bind up the nation’s wounds…”

On Good Friday, April 14, 1865, Lincoln was assassinated at Ford’s Theater in Washington by John Wilkes Booth, an actor, who somehow thought he was helping the South. The opposite was the result, for with Lincoln’s death, the possibility of peace with magnanimity died. 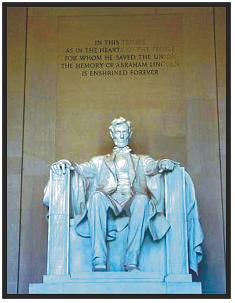 Located on the National Mall in Washington, DC, the Lincoln Memorial honors Abraham Lincoln. The memorial, which was built between 1914 and 1922, symbolizes his belief that all people should be free.

The chamber inside the memorial contains a statue of Lincoln seated, facing the Washington Monument and the Capitol. The statue of Lincoln is 19 feet high and weighs 175 tons. The chamber also houses two huge stone tables, one engraved with Lincoln’s Second Inaugural Address, and the other with the Gettysburg Address. 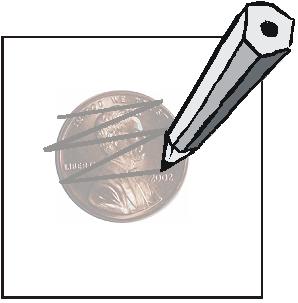 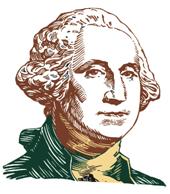 George Washington, the 1st President of the United States of America, was born on February 22nd, 1732. He was a general in the Revolutionary War, in which the 13 colonies in America fought against Great Britain. The colonists won, and the 13 original colonies became the United States of America. George Washington was elected the 1st President, serving from 1789 to 1797. He died in 1799.

Americans celebrated Washington’s Birthday while he was still alive. They were grateful for a strong leader who had proven that democracy was a feasible way to govern the growing country. And, while he was alive, legends grew up about him. The most famous one says that he was so strong, he threw a silver dollar across the Potomac River. Some Americans argue that this is a true story. Parts of the Potomac River, they say, were extremely narrow a few hundred years ago! Another story which has never been proven, but Americans pass down to their children as a lesson:

When George Washington was young, his father gave him a hatchet. He tried to cut down a cherry tree with it. His father noticed the cuts on the tree, and asked his son how they got there. “I cannot tell a lie”, George said. “I did it with my hatchet”. Perhaps George Washington had no hatchet, and perhaps there were no cherry trees where he grew up. However, George Washington today represents honesty, and cherry pies have become a favorite food associated with his birthday. Various communities observe the holiday by staging pageants and reenactments of important milestones in Washington’s life. 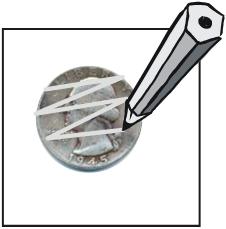 Because there have been three USA Presidents born in February (Lincoln, Washington, and William Henry Harrison, the 9th President, who died in 1841, after 1 month in office), Presidents’ Day is celebrated in February to honor ALL Presidents. It is a federal holiday, with schools and offices closed, celebrated on the 3rd Monday of February to give people a long weekend. Also, the holiday has taken on another side, much more commercial in nature. Many shopping malls and stores run Presidents’ Day sales to attract shoppers who have the day off from work or school.

The students will need black paper and a white sheet of paper. Students will trace silhouettes, with black profiles of 2 men and paste them on the sheet of white paper.

They will then write “PRESIDENTS’ DAY” on the top of the white sheet. 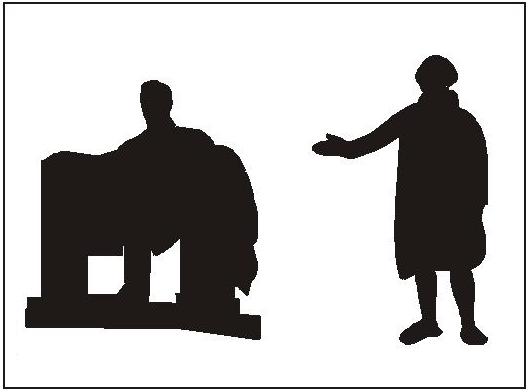