A school at social networks

by Claudia Rojo* I have spent a lot of time navigating different social networks to determine how schools can use them, and we ultimately reached […] 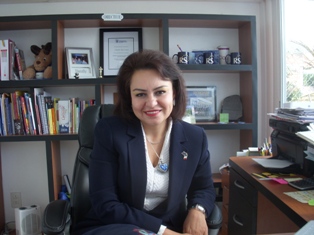 I have spent a lot of time navigating different social networks to determine how schools can use them, and we ultimately reached the conclusion that there simply aren’t any set rules. It really is a fundamental shift in the way organizations reach people, and part of that change is accepting that it’s often going to go in directions you didn’t expect.

We see social media as useful insofar as it serves an established purpose. Creating sites or profiles for the sake of having them is a waste of time. (I’ve seen some schools use six or seven social media sites, but then ignore them for years at a time.) We thus limit our activity to two primary sites: Twitter and Facebook. The former is used primarily as a means of disseminating key information and dates to the school community, particularly during crisis (as can happen quite often here). It otherwise isn’t used heavily.

Facebook is used to target both the current school community and the greater RS community. We use ads and promoted posts to raise our visibility, and primarily use multimedia content for posts, as it produces the highest level of interaction. I screen all content to ensure that it aligns to our brand standards and school vision. We have seen positive results over the past two years, as our school name has become much more recognized and respected.

In terms of focus, we don’t limit the content to a single aspect of the school community for a simple reason: We want to celebrate our dynamic culture. Thus, photo albums, event teasers and other posts may at different times relate to students, staff and parents. This has allowed us to use it as our primary means of news and updates for our customers, and after simply including links on our website and encouraging them to visit, it has become widely used.

Finally, in respect to the issue of negative content (comments or posts) from viewers, we have had virtually no problems. I definitely do recommend limiting the number of page administrators to two or three (in order to post as the page), but I see no reason to prevent others from posting content or comments. The only issues we encountered were a few younger students once making immature comments on photos–which we used as a learning opportunity–and questions from parents–which we again saw as an opportunity to better explain our policies and procedures.

In summary, I’d recommend following a few simple principles. Align social media sites and content to our brand standards and school values. Use it to supplement other marketing efforts by raising our visibility, but don’t expect it to bring in many new students. The reality of social media is that it’s highly organic, and there is simply no way to be prepared for every contingency. Simply make sure you have competent, knowledgeable individuals managing it, and you’ll be well on your way.